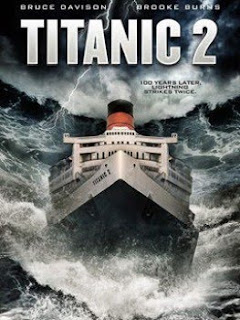 I bet you never thought that they'd make this movie. Well, you're right. Technically, "they" didn't. But someone else did! Yup, our good friends at Asylum Films, who brought us such mockbusters as Transmorphers, The Da Vinci Treasure and The Day the Earth Stopped, produced this spiritual sequel to one of the biggest movies of all time. Nope, Leonardo DiCaprio doesn't come back from the dead and no, Kate Winslet doesn't do a walk-in cameo. This is a brand new story placed in present day with a brand new Titanic dubbed "The Titanic II".

Titanic 2 takes place exactly 100 years after the first Titanic sank. To commemorate the occasion, a new Titanic is created with a much stronger and more durable design. It tries to outdo the original Titanic, by completing the course that the original ship set out to do. Unforunately for the Titanic II, the world isn't what it once was, and is now threatened by the dangers of global warming. For you see, the melting ice caps in the north are causing giant tidal waves in the Atlantic — waves coming straight for the Titanic II.

So imagine everything you loved about the original Titanic; the grandeur, the romance, the suspense, Billy Zane. Now take away all of that and what you get is Titanic 2. This movie SUCKED! It was so bad in every way but going into it, I knew it was going to suck. I watched and laughed at the trailer, then promised myself that I would watch this movie just so that I could tell people that I watched Titanic 2. Almost like an anti-badge of honor. Let me tell ya folks, it wasn't worth it! 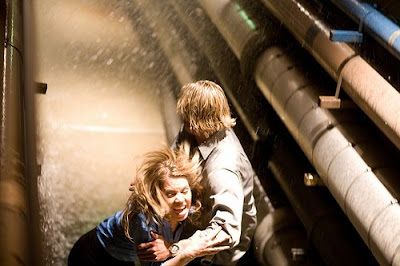 The tip off should have been the knowledge that it was directed by and starred none other than Shane Van Dyke, who also brought us the bombastic Transmorphers 2: Fall of Man last year. Unfortunately, quality and Shane don't got together in a sentence, unless that sentence is "Shane's movies have no redeemable quality". It kinda sucks because I love bad movies, but even I could only stomach so much. Yes, bad acting, bad script and a shoddy production. The thing that's laughable and made the movie semi-watchable was the unintentionally funny production. That is, the whole movie looks like it was shot in a hotel. Okay, so maybe it's not that funny, but still.

So, in case you don't catch my drift: don't watch this movie. However, do watch the trailer (embedded below) and have a laugh. Share it with your friends, because I bet they'll think you're joking, but you're not because "they" actually made this. The nerves of these people. Imagine how much a charity could have used the money they spent making this trash. Til next time, later geeks!