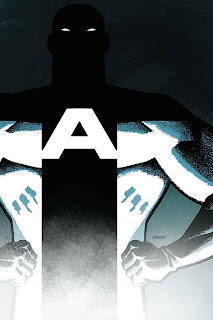 I try not to hide the fact that I'm a big wrestling fan. I'm what the internet geeks would call a hardcore fan or a mark. As a kid (and in some ways still) the wrestler, Bret "The Hitman" Hart, was always my favourite because to me, he was like a hero. He always fought for the good and cut down all the bad. Even when he would turn in storyline into a bad guy, I would still cheer for him because he was Canadian and he represented our country. To me, Bret Hart was always the infallible, indestructible and invincible hero.

Then a funny thing happened 3 years ago. Back in the fall of 2007 he released his much anticipated autobiography, a book touted as the best wrestling biography ever written. It must have been one the books I was most anxious to read in my life. As I started reading it, I was really smiling because I was getting to learn more about my childhood hero. But as I read the book further, my smile started to straighten, and then curve down. I felt sad. The memories I had of my hero were broken. Here was a man who I thought was infallible, indestructible and invincible, yet in the pages of this book he talked about doing drugs... sleeping around with multiple women... cheating on his wife. It was a tough read, but it really put things into perspective. Even the greatest hero can falter.

It seems as though the story of superheroes going bad is becoming the next hot thing in the geek community. I think the success of the movie adaptation of The Watchmen really helped propel this genre. But I have to say, the reboot of the Batman franchise really got the ball rolling on this first. It introduced the public to the idea that superheroes can be taken seriously. They're not always wacky, colourful and full of action like the Spider-Man or X-Men movies. They can be realistic. And like in reality, they can be fallible.

A few months ago, I did a review of a title called Irredeemable by Mark Waid. At least so far, the first story arc is about the world's strongest and most respected superhero turning his back completely on the human race. One day he just got fed up with the bickering from the humans. DC's The Mighty follows quite a similar storyline, leading the readers through the rise and fall of a superhero. Although the ideas are the same, the executions are different. While Irredeemable takes a more grander approach, The Mighty goes for a more intimate story. 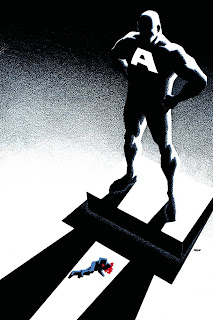 The Mighty tells of a story about the relationship between the world's greatest superhero, the aptly named Alpha One, and his human liaison, a detective named Gabriel Cole. Together, the two work like clockwork catching criminals and fighting crime. As we learn more about Alpha One we see that there's an undertone of... creepiness. We know something is wrong with him, but we don't know exactly what. Gabriel Cole also suspects something awry with his superhuman partner and soon a mystery unfolds and a grand diabolical scheme is unveiled.

Written by Peter J. Tomasi, what makes this story work and feel so intimate is that he kept the major players as Alpha One and Gabe Cole. There are side and supporting characters, but this story is clearly based on one man and his relationship with his childhood hero. It's the story of this relationship that makes the comic so gripping and so relatable.

This title was a fantastic read and at twelve issues long, it's also quite a short and enjoyable read. The story is just crying to be made into a movie. It's a story that I think would be simple to tell on the silver screen. But we'll see. Til next time, later geeks!