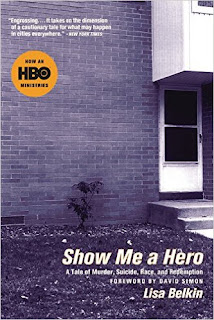 "Show me a hero and I'll write you a tragedy."

But what makes a hero?

Show Me a Hero is a fascinating look at a true story regarding public housing in the city of Yonkers in the late 80s and early 90s.  The city, as we’re told, was of a predominantly middle-class white population; it was far from diverse.  However, Yonkers did contain public housing or “projects”, that were segregated and located primarily on the east side of the city.  It’s noted that tenants within the public housing were primarily black or Hispanic.

After a court order to desegregate the public housing, the city was ordered to construct townhouses (not apartment complexes which cities were generally accustomed to in regards to public housing) that were scattered throughout the west parts of the city i.e. the less diverse areas.  The idea was to integrate the less fortunate folks into communities where they would feel safer, less guarded and with an actual sense of community; to increase their sense of identity by bringing them an affordable house.  This in turn would bring racial diversity to the existing white communities.  If the communities were not diverse, the diversity would literally be artificially injected into them.  As one might imagine, the court order mandate caused uproars amongst the existing white communities; the communities were not as susceptible to change.

In the midst of the proposed changes, a bright young man named Nick Wasicsko was elected as mayor primarily on the platform that he would fight against the court order for public housing.  Although that was his position going in, after threats of bankrupting the city for disobeying orders, he was faced with a tough decision: continue to fight and appeal the order and bankrupt the city hence putting several hundred city employees out of work or to comply with the order and face public upheaval.

The book doesn’t just follow Nick’s story, but brings about a rounder perspective by showing you the lives of other proponents.  We also follow Mary Dorman, a middle aged Caucasian woman who was in staunch support of the groups who fought to oppose the changes.  Or Billie Rowan, a young black teenager who becomes pregnant and mixed up with a young Hispanic miscreant named John.  Or Alma Febles, a young Dominican woman, who works endlessly to support and provide the best for her growing offspring. 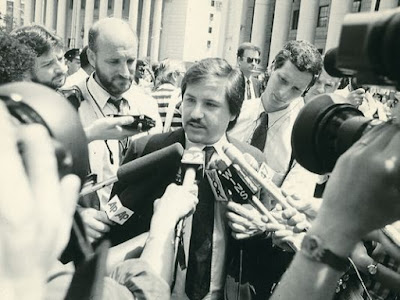 The book follows each of these characters (and a handful of others) as we see their lives change as a result of the public housing situation.  Some lives experience positive changes, while others see struggles.  At the end, author Lisa Belkin poses a question to the reader.  Having read about the lives and the journeys from different perspectives, who is a hero?  What makes them a hero?

For a nonfiction story, Belkin approached the book in an unconventional narrative style instead of a more traditional investigative approach one would expect from a nonfiction title.  What this did was instead of presenting facts to you, we’re presented with stories.  We’re brought to the ground level to experience the emotions with people who have been through the struggles.  And it is interesting.  It’s hard to believe that such a thing happened in America less than 30 years ago.  Although, one only needs to turn on CNN for a few minutes to realize, oh yeah, racism is still a thing.

I first heard about Show Me a Hero over a year ago.  David Simon, the mastermind behind probably one of my favourite shows, The Wire, announced his upcoming project – the adaptation of Show Me a Hero (book) into a miniseries on HBO.  The announcement of the project came with limited information regarding the true story; that of the youngest mayor in Yonkers who ended up in the middle of a racial and class battle amongst the town’s citizens.  Without too much other information, but coupled with the fact that Simon was working on it was enough to pique my interest.  I did some research shortly after and was fascinated by the real world story.  Just warning you, if you’re at all interested in the TV show or the book, DO NOT look up the Wikipedia entry for this story!  There are sad things that happen, and it may be better discovered during the show instead of its Wiki entry.

The HBO miniseries debuted last night – August 16, 2015.  I’m quite interested to see what stories they chose to follow and how closely it follows the true stories.  The series is being released at an interesting time in America, where racial tensions are high post-Ferguson.

Whether one can relate to the subject matter or not, I think at the human level we can all relate to that idea of change and resistance.  The important thing to reflect on is how can your character grow?  Until next time later geeks!

“You either die a hero or you live long enough to see yourself become the villain.”