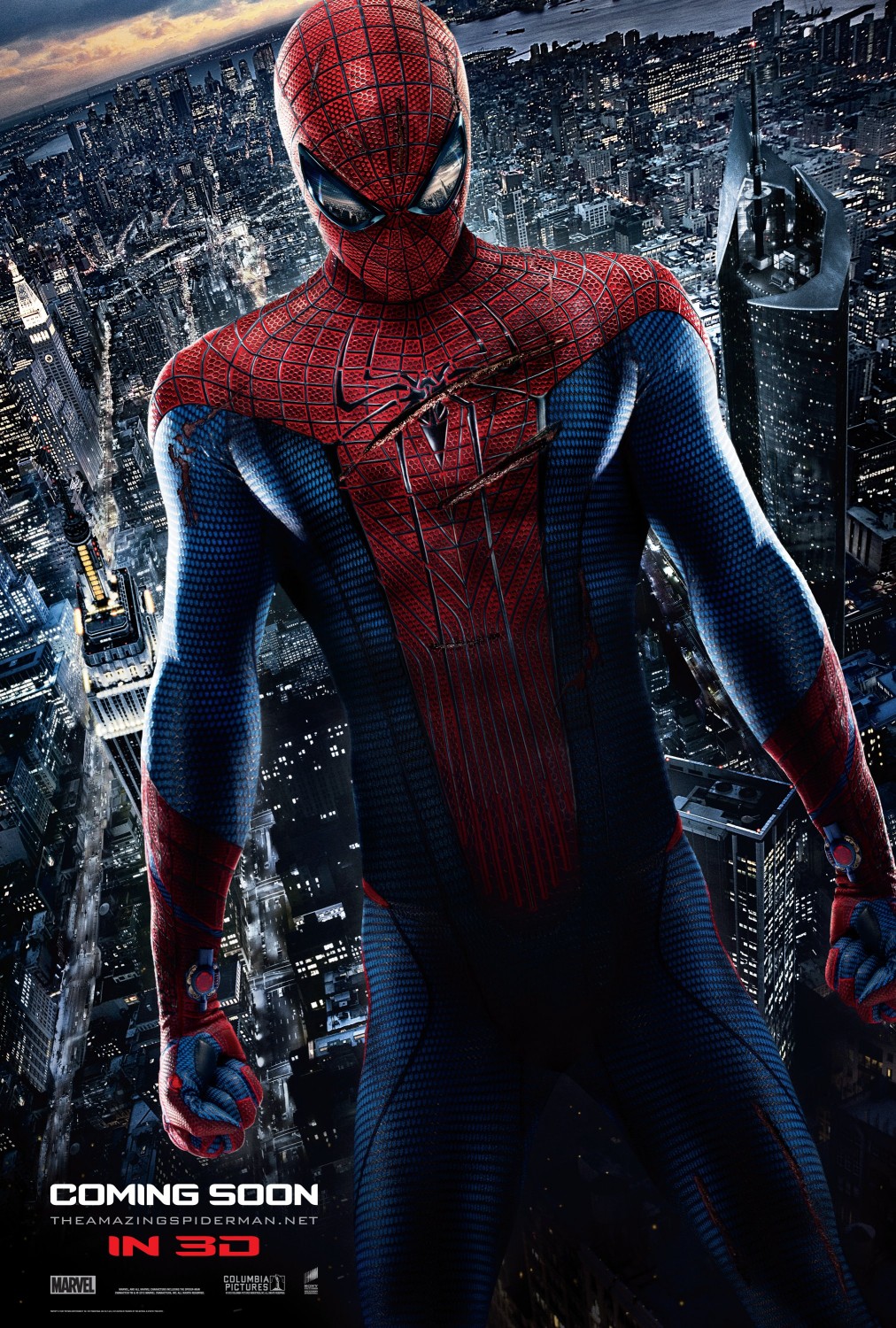 It was only 5 years ago that Sam Raimi’s Spider-Man franchise came to an end, resulting in a separation between Raimi and Sony Pictures.  Yes, the much maligned 3rd movie had its share of problems both on and behind the screen.  As a friend pointed out to me recently, “think about it... Forman was Venom!”.  Five years later, and I’m still trying to digest it.  Preposterous!  Well, Sony, not one to back down on the possibility of bags and bags of money, made the genius decision to reboot the franchise.  Now, under the helm of Marc Webb, the untold story begins anew.

The Amazing Spider-Man tells the untold origin story, again, of the titular web-swinging hero.  This time around, they add slightly more to the context behind his parents, with his father being a scientist alongside Dr. Curt Connors.  After what is seemingly an accident involving the death of his parents, Peter Parker moves in with his Aunt May and Uncle Ben.  Parker, now grown up, discovers some of his father’s research papers and works, and seeks to continue his research by aiding Curt Connors at Oscorp.  After sneaking into one of Oscorp’s laboratories, Parker is bit by a radioactive spider, and well, you know the rest.  Connors now able to continue his research on human regeneration, experiments on himself, only to ultimately become the infamous “The Lizard”... (snoutless).  Connors, although with good intentions, seeks to eliminate the physical weakness in the human species, but fails to see the consequence of enacting his plan (i.e. his serum makes you EVIL!).  And of course, it’s up to Spider-Man to stop him.

Of all the superhero releases this summer, the Amazing Spider-Man clearly had the least clout.  The hype around the other superhero releases overshadowed the young web swinger.  It didn’t help that the movie is a reboot of a very recent franchise, leaving many wondering ‘huh?’.  On top of that, the marketing campaign behind it wasn’t exactly inspired, with the focus on “seeing the untold story”.  Really?  Because we saw it 10 years ago.  But as a geek, I’m behooved to see any movie with Spider-Man in it.  And you know, despite all this preamble, I enjoyed it.  Which surprised me most of all, because most of the trailers leading up to it, I thought were kinda shitty and boring.  Now, it is nowhere as good as Raimi’s Spider-Man 1 and 2 (of which 2 is nearly the perfect sequel and probably one of my favourite action movies), but it is leaps better than 3.

Going in, I had doubts about Marc Webb in the director’s seat as he’s not typically known as an action movie kind of guy, but he really nails down the fun in this.  Webb, known more for scripts and stories involving relationships integrates his forte into ASM.  The strength of the movie is on the relationships Peter Parker has with all the people surrounding his life.  Action and set pieces are not the focus here.  That said, sometimes when the scenes got mushy, the dialogue got extra cheesy.  I’m quite sure at one point I was the only person in the auditorium that laughed out loud at the cheesiness of the dialogue, triggering a chain reaction of laughter and slaps on foreheads in the theater.  Well, I hope they were laughing with me.

I thought all the main players were great in the movie. I mean Andrew Garfield and Emma Stone as Parker and Gwen Stacy respectively were good, but I really loved all the side players like Martin Sheen as Uncle Ben, Sally Field as Aunt May and Dennis Leary as Captain Stacy.  It’s more of Garfield’s interaction with each character that I enjoyed watching, especially with Sheen.  He seems like he could be everybody’s uncle.
Of what I can recall, I only have two gripes with the movie.

The first has to do with the decision making of one Peter Parker.  Now, I can believe that a teenager bit by a radioactive spider could gain superhuman powers and become a hero to New York City.  But I CANNOT believe that a teenager would use BING.COM as a search engine!!!  As soon as I saw that, it took me out of the fantasy and reminded me that it was all fake and that I was watching a movie.  I can only suspend so much belief.  But maybe the kids these days ARE using BING.COM.  And if that’s the case, it brings about the question: what’s in our milk?

The second has to do with the score.  And this can actually be a knock against the original Spider-Man trilogy… or heck, ALL Marvel based films.  What each of them has lacked is a memorable or iconic score.  The music is so generic.  There’s nothing with the music that connects me to the superhero, unlike that of Batman or Superman.  With those two franchises, I feel like the music adds to the theme and creates an emotional experience during viewings.  I haven’t yet felt the same with any of the Marvel films.

On a very minor note, and not really a gripe, is the snoutless The Lizard.  I didn’t really like the look or design of The Lizard in the movie.  I don’t know if the snout would have helped, but I think they could have done more to lizard him.  Movements and what not.  He seemed very generic as a villain, with a tail as an added feature.  Still, although sort of generic looking, he did seem menacing as Spider-Man’s rival, and that’s why this is reduced as a minor gripe.  And part of me cries inside, because I was hoping to see Dylan Baker eventually become The Lizard in the original trilogy of Spider-Man.

But these are only minor gripes (although that BING.COM…), and doesn’t necessarily detract from the overall experience.  It is definitely worth a viewing, and now that everyone’s filling in the auditoriums to see Batman, it’s the perfect time.  Til then, later geeks!