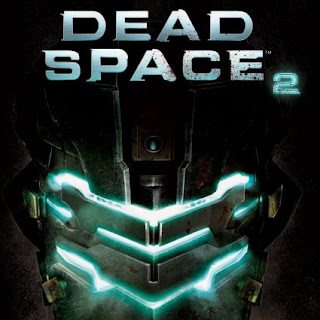 Dead Space – a game that I was enthralled with. It was a terrifying experience, and at the end, I wanted more. And I got more. Released in the early part of 2011, Dead Space 2 is the sequel to the 2008 survival horror hit by EA’s Visceral Games studio.

The game picks up three years after the events on the USG Ishimura space vessel. Former engineer and current humanity saviour, Isaac Clarke, wakes up on some non-descript ship, strapped in a strait jacket, not remembering anything of the past 3 years. He quickly discovers that the necromorphs (aliens/infected humans) that he had stopped last time around are back. The mission is once again, to stop the infestation, and to discover the gaps that have occurred over the past 3 years that have led up to the current invasion.

The game is a really tight package. You get what you pay for: action and scares. Much like the first game, DS2 has a strong sense of atmosphere, and as a survival horror title, this is integral to its success. The lighting effects are brilliant. You’ll walk into a room and could swear you saw something in the corner of your eye, but it was only a shadow… and your foolish mind playing tricks on you. But what really made my skin crawl was the exceptional sound design, where sound cues were triggered at all the right (or wrong places).

They were also smarter in their design. In the first game, after a few hours into it, you got a feel for the formula of scares. If you pulled a lever or completed an objective, the chances were high that a necromorph would jump into your face and scare you. This time around, they were more strategic about when things would fly into your face to scare you. Occurrences were not as formulaic, rendering them more effective. Yet, I thought the number of scares were fewer than the first (some reprieve for the feint at heart).

Story-wise, I felt the first game was more compelling and gripping, with all its twists and turns in plot. DS1 was a terrifying experience, evoking a strong sense of isolation which was propelled by the slow-burn scare sequences. This time around, the story is more linear and focused. Whereas the first game I felt was more story-driven, DS2 seems more action-focused, with a faster pacing.

The weapons you have at your disposal are for the most part, the same weapons that you get in the first game. I found myself for the most part sticking with the main gun, the Plasma Cutter. Of your arsenal, it’s the most versatile weapon. Of the new weapons, they just didn’t seem to add too much to the combat. One new weapon is a Seeker Rifle, which is not exactly a sniper rifle, but it is one that has a zoom option as its secondary fire. But in a game which concentrates mostly on close quarters combat, zoom is useless.

I bought my copy used, and so wasn’t able to access the multiplayer functions (and really, I don’t want to pay extra for the online pass when all I wanted to do was play the single player), so can’t really comment on how that is.

Dead Space 2 is a really solid game. If you’re looking for an atmospheric and horror sort of experience, this would be the go-to title. As it’s a year old now, you can easily find it on the cheap. If it’s your cup of tea, give it a sip! Til next time, later geeks!