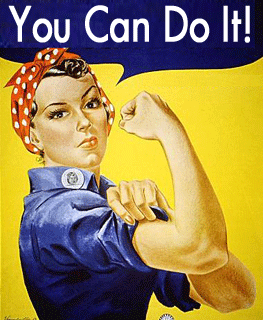 So originally this was part of the post that I put up last week, but when I started reading the rough draft, I realized that the whole thing sounded disjointed because the two trains of thought were loosely tied together. Well, I separated the two so hopefully the two thoughts are more coherent now.

I was reading 1 Thessalonians the other week, and there’s one line, though a short line, that really resonated with me. There’s so much wisdom within the fewest words sometimes. It’s at the beginning of chapter 3, where Paul talks about having sent Timothy to the church of Thessalonica, to encourage and strengthen the people there. He wasn’t sent there to do or complete any certain physical task, but he was sent there just to be a spiritual boost, to give them a 1-up mushroom if you will. His “job” was to encourage people. How crazy is that? How many people do you know in your life whose job is to solely encourage people? That would fly around the country just to encourage?

This got me thinking about the city. Perhaps it’s always been there and I just never took notice, but our city is one filled with so much angst. You don’t have to walk very far down Yonge Street before you find someone cussing or cursing another out or couples at each other’s throats. It really stood out to me in the past year, where on numerous occasions commuters would take videos or pictures of transit operators “sleeping” or in general, not doing their job, then have these videos or pictures published in the news or newspapers. Y’know, what a shitty thing to do. We’re blinded by the planks in our own eyes.

It just reminds me sometimes of how our city (or world if you want to take it that far) is so broken.

Sometimes it drives me nuts inside to think that people can be so shitty to each other. But I guess that’s the whole point of my writing today. We don’t have to be the way the world would want us to be. We’re called to be opposite if we are to strive for that “upside-down” gospel. Why can’t we be people of encouragement? Though shit breeds shit, good still breeds good.

Interestingly enough, last Sunday, our pastor preached on loving one another. How when love is overflowing, can be infectious and rub off on the people surrounding you. It’s what true community is and is a necessary underlying foundation. [Side note: this is likely the billionty-oneth time that this has happened, where some idea or thought really active in my mind in the past week, will be the focus of the message that following Sunday. I think this month it’s been 4 for 4. A good batting average!]

So I con’t encourage you enough, reader, to be aware of those around you and just pay them a compliment. You never know who may be yearning to hear it. Later geeks!

During the afternoon of the day when I started drafting this post, our crew at work went for a run. Just for background, it’s our winter attempt at staying fit while raising funds for a charity (win-win situation, it’s the best!). Anyhow, while we were running along Eglinton Avenue East (a busy stretch of road), we came across a group of 20 or so random teenagers that were cheering us on. Hooting and hollering, “go runners!”, meanwhile dishing out high-fives. Me and my friend Megan were laughing because it was so ridiculous! “What the heck’s going on!”, I said. Now, there’s a-plenty good chance that they were mocking us, but I’m going to be forcefully naive and say that they were sincerely cheering and encouraging us because I’m about positive thinking here, HA~! But even if not, when we got to a red traffic light on that same stretch shortly after, there was a girl there (older than those teens) who was on the phone, but paused in her conversation to tell us, “good job runners!”.

After we all arrived back at the office for refreshments, those that ran that route talked about it. I was saying how I needed that encouragement, that booster, those few words, as I was dying! I mean c’mon folks, I’ve got a physique built for a gamer, not an athlete! I thought I was going to pass out! It’s funny how just a few positive words can shape the way someone thinks.

I’m glad all that happened. It reminded me that good hearts are in the city and that we can continue to strive to encourage each other. You may never know how your words, no matter how little, can affect those around you.

"Let's stop the pointless fighting and let's start living in loving... did you know we all pump the same red blood into our veins? Did you know that we all wish upon the same stars for the same things? Heart and heart our hands they all fit, this is the world as we know it."
-The Morning Of; The World As We Know It

Ally said…
I lolled when I read this: "I mean c’mon folks, I’ve got a physique built for a gamer, not an athlete!"

You can do it Jeff! Soon you will have a body of both. Like you said, the 2nd week was already 1000000x easier... running just gets better from here on out especially with warmer weather soon (well, it's taking awhile to get here...)

Matthew Burrows said…
Yeaaahhhhh boy. Run the good race! Gene and I are trying to exercise more this month, we're calling it "March to break a sweat!"

So March on! And thanks for posting.