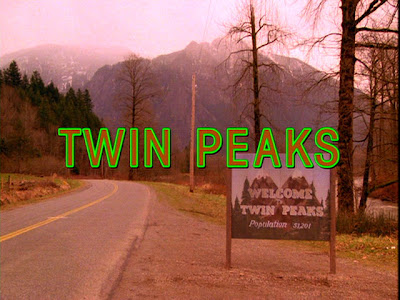 This past Christmas, I had a lovely and extended 2 week break between work. My mindset was to relax, relax and relax. I didn’t have too many things planned out but I had one goal in mind: to start and finish the Twin Peaks TV series before heading back to work. Unfortunately, I wasn’t able to finish it all within 2 weeks, but I came close, with only 5 episodes left before my first day back at work. It’s all good though, it took nearly 2 weeks, but I finished the remaining 5 episodes as of yesterday. I don’t know if you’ve ever seen Twin Peaks before, but if you have, I have one thing to say to you: what the heck was that!?!?

Twin Peaks was a television series created by David Lynch. It originally aired in the early 90’s and was a hit amongst critics and the audience. The show was praised for its unconventional approach to the crime genre, with its use of metaphorical and enigmatic dream sequences coupled with its offbeat and dark humour. Those familiar with Lynch’s oddball filmmaking style will be accustomed with the style brought to the show. Some look for meaning in between the lines, others write it off as weird for the sake of being weird. Unfortunately, due to the sharp turnaround in ratings, the show only lasted 2 seasons, with 12 episodes in the first and 22 in the second. The series ended with a “fuck you” sort of a cliffhanger and when you read about the backstage drama amongst the creators, writers and network, you’ll understand why it was the way it was.

The show takes place in the small fictitious town of Twin Peaks, Washington. The town, though small, is filled with a colourful array of characters, each a bit odd in their own way. The first season and a good part of the second season is centered around a murder mystery story. It opens up with the discovery of the body of Laura Palmer, a young woman beloved by the town all around. Cue in the main character of the show, an FBI agent named Dale Cooper, who is a straight edge federale. Like the folks of Twin Peaks, he is not without his own set of odd sensibilities, including his insatiable desire for coffee and his use of Tibetan meditating/dreaming to find clues. Together, along with town Sheriff, Harry S. Truman, and his band of deputies, they unravel the mystery that is the death of Laura Palmer. But with each layer that is removed from her murder, another layer is removed from the citizens of Twin Peaks. 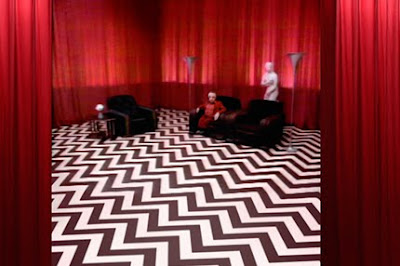 After the main story arc ends, the show goes on a downward spiral in the form of disjointed stories and overall quality. The show loses its overarching focus and instead, splits off into several mini storylines that are less interesting than the previous main one, with many of them absent of any resolutions. This part of the show brings more of the offbeat humour and incorporates more paranormal elements including good & evil spirits, alternate dimensions and so forth.

As I was watching the series, I couldn’t believe that such a show like this made it onto air and on a broadcast network no less! It’s an atypical show that was aired during an era where family sitcoms and TGIF lineups were the big hits. That the show even lasted 2 seasons is a remarkable achievement, keeping in mind that this was the pre-X-Files era, before the paranormal genre started to really take off. The quirkiness of Lynch’s style is what made the story telling interesting, in what would otherwise be another crime drama show. Characters behaved oddly and were filled with bizarre idiosyncrasies, random, abnormal, and often, unexplained occurrences littered the show, leaving viewers to wonder whether things were intentional or not.

I very much enjoyed the show up until the main story arc ended. After that, my interest in the show descended in a parallel direction as the quality of the stories. It’s why I dragged the last 5 episodes over 2 weeks, when I finished the first 29 in the same timeframe. But when it’s good, it’s really good, so you have to appreciate those moments.

Some herald it as the Lost of the previous decade and in some ways I can see that. Though I would say that the difference is that even though Lost left some questions unanswered, that there was still a general focus and direction despite all those little things. With Twin Peaks, you will be left with unanswered questions and at times even the overall direction will be questioned. Still, Time magazine named it one of the “Best TV Shows of All-TIME”, for what that’s worth. And if you’ve got the time, the first half of this series is worth checking out. Until next time, later geeks!