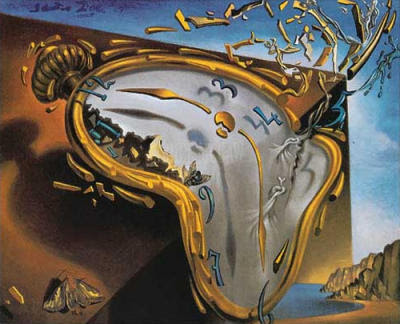 It's been well over a month since my last post, and I was about to post a review of Final Fantasy XIII, but I thought it’d be more appropriate to do a life update rather than a geek update… although, I am a geek, so I guess this is sort of a geek update.

It’s been over two months since I started working full time and I think I’m starting to see the life balance. I lamented in a post in October that time seemed to move quick and that there wasn’t any downtime. Since then, I’ve taken a more intentional approach to taking recharge time, even if it meant sacrificing a Friday or Saturday night. But even then, time seems to zip by. Those rare free evenings quickly become coveted once midnight hits. How fast it moves.

About three weeks ago, my friend Natalie at church expressed her worry with me. She said that I wasn’t smiling and didn’t seem as joyous as I usually was. I know that during that week that I felt off in someway, but it didn’t really hit me that it was physically apparent until she pointed it out. I think I was subconsciously aware at best.

I've had this conversation with at least ten different people in the past month, of how time feels as though it's accelerating. I think everyone I talked about it with concurred. Perhaps it's because most of my friends are around the same age and hence, going through similar life stages. I was lamenting to my old pastor, expressing the fear of blinking and turning 40 all of a sudden. I posed the question, “isn’t there any way to slow it down?”. To which he replied: “the bad news is that it does go faster and faster and the amount of it seems to decrease at an accelerating rate.”

I met with my roommate from my first two years of university the other night and we were talking about the same thing. It only seemed like yesterday when we were moving into residence, with that awkwardness of meeting each other for the first time. Though it seemed like yesterday, unfortunately, it was 8 years ago. However, my friend did offer me one opinion of which I haven't heard from anyone else in the past month. Though he feels life is speeding by, he said that the one thing that helped slow it down was when he met this one girl. They were dating for over a year and he described how some days would feel like eternities; just being with each other and getting to know each other. If there’s one thing that would help, it’s to meet a good girl, he says.

So no, I haven’t met that type of girl yet. But I'm keeping that in mind (which could become a whole separate post).

However, I've learned to come to grips that life is going to be this way. I've accepted and embraced it. While it's true, that I may not get enough time to watch all the movies I want, play all the video games I want to play, read all the things I want to read, I'm getting a chance to spend time with those who are close to me... Friendships that outweigh any gamerscore that I might gain... Hearing life stories that are infinitely more exciting than the Justice League in Infinite Crisis. Overall, just accepting where God's put me. I learned to smile again.

This past weekend, I saw my friend Natalie again this and we talked and connected, as much as time would permit. Before she left, she said, “I’m glad the Jeff I know is back”.