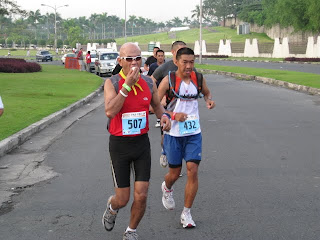 First of all, the picture to the left couldn't be more perfect. It makes me laugh (note to reader: it's not me).

It’s kind of interesting how life is like an ocean — it moves like waves. At my small group fellowship on Wednesdays, prayer is always an interesting time. I find that more often than not, our group will pray for things in waves. Every so often when we pray together, a bunch of us will present prayer items that are similar to each other. Our lives are so different, yet in some ways, the paths are parallel.

For those who might not know, I started a new job a few weeks ago, and it’s been great so far. It’s with a company that I worked for in the past, but this time I’m in a different position, with new challenges and responsibilities. I don’t know if it’s a coincidence or not, but at the same time for the past 3 weeks, it seems as though every evening after work has been occupied by some sort of activity, be it connecting with friends or just going out to do stuff. My time felt tapped out. I didn't get to do a lot of geek things (eg. playing video games, watching movies, reading comics, etc.) and unfortunately, this blog has been sort of neglected as a side effect. Worse than the geek things though, I realized that I wasn't spending proper time with God. Bible readings and devotional time were out the window, even prayer times were half assed.

Anyhow, the other week a few friends of mine were sharing prayer requests and they resonated with me. A few of my friends were going through the same things. Time was tapped out, life felt exhausting... God was on the back-burner. But I felt reassured and comforted just hearing how we were going through similar phases. We weren't suffering alone. We are in fact growing together and supporting each other and it’s such an invaluable thing to have and to look forward to each week.

So as my friends were sharing their items, I started thinking about how I’ve been putting God in the backseat lately. My time has felt so sapped and I haven't been giving Him my all. Deep inside, I’m seeking wisdom, I want His wisdom, but I don’t feel as though I’ve been leaving myself open in a position to receive it.

I think of a runner, who is constantly moving forward trying to attain a certain goal. The runner, even though a dedicated athlete, at some point needs to stop and refuel too. He needs to stop and eat, he can't just run and eat at the same time. Well, I mean, technically you could, but I don’t know how fun either act would be. To me, wisdom is like that food that we can consume to nourish ourselves. It's filling. But to properly eat it and allow it to savour, you've got to slow down and stop to truly appreciate it.

I know for myself, I need to intentionally take time outs. I need that time to be geek, that time to be hermitting. Everyone needs to regenerate and refuel before he or she continues their run. Though geek time may be fun, God time is filling and nourishing to our lives. It will grow you and lead you as you set out to do the next leg of your run. So if you are a reader and a friend of mine in real life, don't take it personally if I reject a hangout time, I'm probably recharging in some manner. But don't worry, I'm not a heartless man, I'm probably going to say "how about Monday or Tuesday instead?". So eat your bread and run your runs, but try not to do both at the same time. Peace!

SkyCapitan said…
Funny that you mention lives randomly going in parallel - I just started a job as well. And to be honest, it's been really exhausting trying to deal with the long working hours every weekday and juggling any social activities as well. Many things you've said in the post resonate over here as well!
October 29, 2010 at 1:21 AM