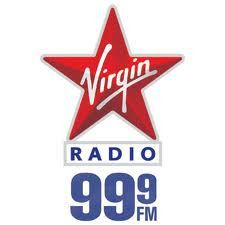 Ya know, I think I've gotten soft over the past year. I realized that I'm hardly ever ranting and raving anymore. I've even noticed that my language is getting better; I'm hardly ever thinking or saying 'fuck this' or 'fuck that'. Overall, I think I've been more peaceful, which in the end, I believe is a good thing. Even my gaming tirades have been more calm. I might drop the F-bomb every now and then, but it's hardly ever the screaming bouts of yesteryear.

But the other day I was driving and had the radio tuned into Virgin Radio 99.9 Toronto to get my fix of popular hit music. Granted, the genres of music they play aren't my favourite but I still enjoy it from time to time. Then I realized something: Virgin Radio Toronto overplays every single hit song over and over. I swear, their playlist must be 30 songs deep, with the repeat option enabled.

We have an ongoing joke in our family that whenever we drive out somewhere, that the car ride is incomplete unless we hear a Lady Gaga song. I never really gave it much thought, because although it was true, I thought it was more coincidence than anything. But then I realized that it wasn't coincidence at all. The fact of the matter is, nearly every other song was a LADY FRIKKIN GAGA song! If I had a cannon, I'd take it to my ears!

And it's not enough that they overplay songs that I don't enjoy, they overplay the ones that I do as well, to the point where I don't enjoy them anymore. The songs that I used to find catchy and likable are now tiresome and loathe-able all thanks to this jukebox called Virgin Radio. Thanks Virgin Radio. Thanks for ruining B.o.B's "Nothin' on You" for me. Thanks for ruining Katy Perry's "California Gurls" (yah, I like that song, so what!).

But I'm not going to say "fuck you, Virgin Radio!", because like I said, I've been more peaceful and its going to take more than a radio station to ruin that. But I will say this, "@#$# you, Virgin Radio 99.9!".