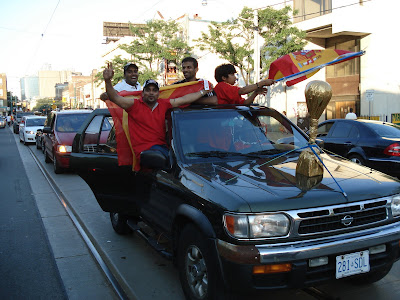 So Spain won the 2010 edition of the World Cup yesterday. It was pretty crazy in downtown Toronto, with tons and tons of (supposedly) Spanish people celebrating their country's victory.

It was an interesting night at church too. You see, the building we're at is located on College St. between Spadina and Bathurst... right between where all the celebrations were going on. So we had hooting, hollering, vuvuzelas and car honks going non-stop during the church service. It was quite a spectacle. I asked my friend Bryn why was it that this street block had all the activity (it is not a blatantly heavy Spanish area). He told me that there's a big Spanish restaurant in the area which I guess drew the crowd.

Pretty amazing though. Me and my friend Jon were greeters at the door, and as soon as the game ended, almost on cue, hordes and hordes of people came from all directions onto the street block. Pretty amazing. We were aptly prepared though. Just before the game ended, we wrote on our church's outdoor chalk sign "Soccer's over! Now for some Jesus!" and on the other side "Jesus loves Holland too!". It was a hit with the cheering mob, and I don't joke or exaggerate that about 100 different people took pictures of the sign (we later had to put away the sign, fearing that the mob would become drunken and destroy the sign). Anyhow, if you see pictures floating around the net, that was us... but from Jesus ;) 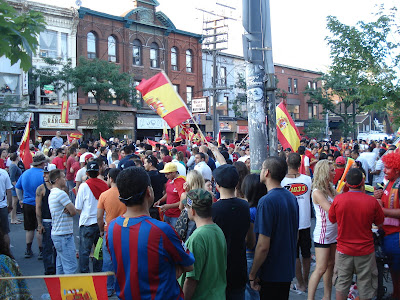 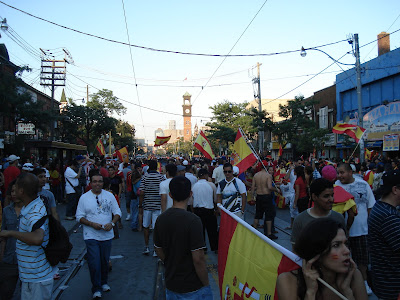 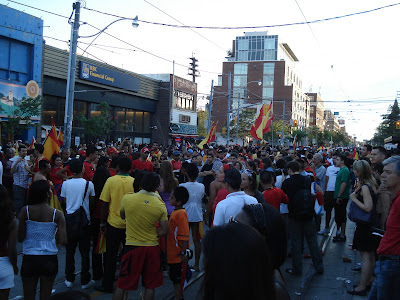 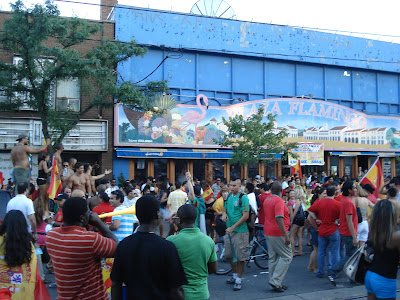 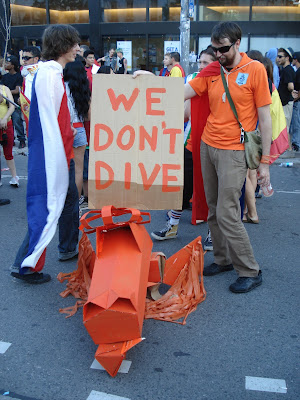