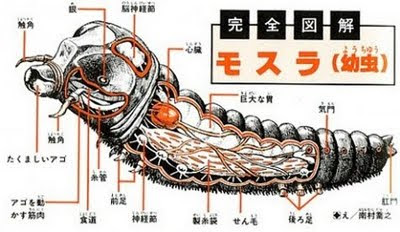 "A SyFy Original Movie". That should have been the tip off.

This was a bad movie and again I fell for it when I saw the title. Mongolian Death Worm. I have to watch it, I thought to myself. I can't even find any images or posters of this movie, it's at that sort of level.

The movie takes place in Mongolia and follows a treasure seeker named Daniel who is trying to uncover the lost treasures of one Ghengis Khan. According to local folklore, giant mythical death worms guard Khan's buried goods. Meanwhile, an American oil drilling company has set up shop in the desserts of Mongolia, exploiting the land for the oil. Unfortunately their drilling awakens the supposed legendary worms and they come to the surface hungry... hungry for human flesh.

First of all, what's funny about this movie is that it takes place in Mongolia. Normally this wouldn't be funny at all, but watching this movie, you cannot distinguish between Mongolia and the rural areas of Mid-Western United States. It looks EXACTLY like any rural area you've ever been to. On top of that, there's a sheriff character who is asian (and supposedly Mongolian) but he's dressed up like a sheriff from a cowboy movie. It's pretty hilarious, intentional or not. In fact, except for a few asian characters, there's nothing remotely close to convince you that they're out of the US.

The movie stars Sean Patrick Flannery and Victoria Pratt, so stars with modest amount of notoriety. Flannery plays it by the books for most of the movie, but for the last 15 minutes it's as if he realizes that this movie is utterly ridiculous. He turns up his energy tenfold and becomes this wacky character, making the dull movie slightly more entertaining.

So yah, the movie was bad. But, you get what you pay for and since it was shown on the SyFy Network for free, you probably paid nothing for it. But even though you didn't pay any monetary price per se, you paid with your time, and this is one and a half hours that I won't be getting back. But hey, what can I say, I'm a sucker for bad movies. Later geeks!