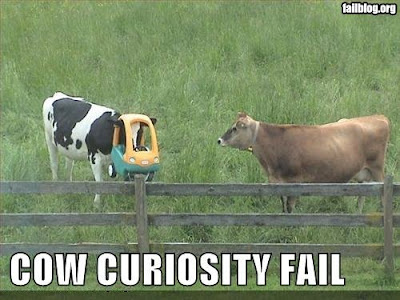 Just as I had surmised in an earlier, this summer is not looking well for movies. Brandon Gray of Box Office Mojo wrote a great article (here) that gives more details into how the summer is doing thus far. The early word? Not good. In terms of total grossing, May was down 11% compared to 2009 and even worse, attendance dropped 19%. Gray blames the lackluster titles combined with the lackluster marketing accompanying them.

When Shrek 4 opened underwhelmingly, I thought it might be an indicator of things to come. Then this past weekend the Sex and the City sequel and Prince of Persia were released with low fanfare, reinforcing the weak summer. If you look at the release schedule ahead, it doesn't look to be good either. The only title looking to be a winner is Toy Story 3, as far as heavyweights go. But who knows, there might be sleeper hits.

2010 should be glad that it had Avatar and Alice in Wonderland which both did bonkers for business, because without them, this year would have crashed.

The Lam said…
Indeed! I think this is the product of Hollywood's remake/reboot/sequel machine ie. the product of unoriginality. They're reaping what they sowed.
June 5, 2010 at 2:54 AM

Anonymous said…
lol, i was saying the same thing to one of my friends still working at the theatre. the summer future isn't looking very bright with Shrek and Sex in the City failing. sadly i'm don't have very high hopes for Toy Story 3 either xD;;;
June 6, 2010 at 4:32 PM