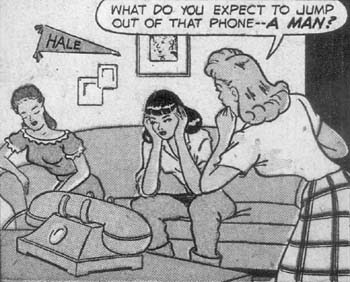 It's not about me and women.

Earlier tonight, I was at Starbucks catching up on this month's issue of Esquire (note 1: the one with Christina Hendricks on the cover) (note 2: Starbucks AND Esquire... but I swear I'm not a yuppie). It was an interesting issue as just about the whole thing was focused on women. The standout feature they had in this issue was a survey they conducted on American women. They polled 10,000 women on all types of issues, ranging from politics to religion to sex.

The women were asked if they believed in God — 61% responded 'Yes' while 39% for 'No'. Interestingly, the follow-up asked whether they prayed — 45% said 'Yes' with the remaining 'No'.

There was also a series of questions related to cheating in their relationships. Asked whether they ever had an affair — a quarter of them responded 'Yes'. Yet, when asked whether they would still cheat if they wouldn't be caught — only 16% responded 'Yes' while 84% were for 'No'. The third in this series asked whether they've been cheated on and a staggering 49% said 'Yes'. That's an interesting piece of fact as that number is so close to the divorce rate in America, which sits at 50% (a number that I'm always in awe of, but not the good kind of awe, more of the shaking his head kind of awe).

Other interesting facts: the type of gift most women like to receive is a trip/vacation (at 81%). The second highest was jewelry at 11%. Asked what's the first thing they look at when they see a man: 49% said 'His eyes', followed by 'His body' (17%), thirdly, his clothes at 15%.

All that said, the survey was conducted on the internet and thus, doesn't reflect a scientific sampling of the population. Still, I think the findings are interesting. There's a ton of other facts in the article. Check it out if you're interested, it's on newstands now. Til next time, later geeks!