January 04, 2010
I don't know about you, but for me, 2009 felt very blah (See last posting). And not only because of my state of unemployment but it stretched to other facets in life; for example, there was not much much to look forward to in movies (save for Avatar). If I could create a device to fold time so that the end of 2008 would mean the beginning of 2010, I would press the button to do it. In fact, I drew a diagram below of said time folding. 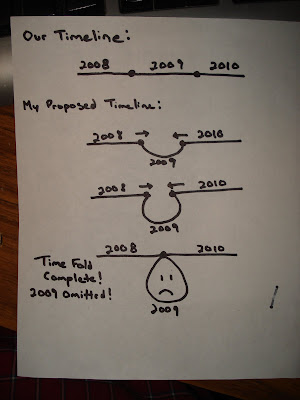 2009 is in his own sad loop.
With that said, there looks to be tons of stuff to look forward to in 2010 and I am excited in many ways. Here are some of those things. 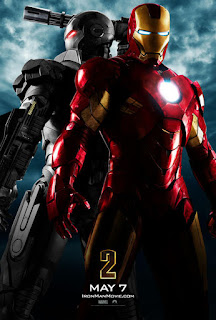 If you've been reading my blog this past year then you would've known that I wasn't enamored with movies this year. There were a few good ones, but on the whole, I felt completely underwhelmed. I was just looking at my short list for my favourite 10 movies of the year and though I greatly enjoyed all of them, none of them have that oomph that made me feel like, "whoa... I can't believe I just watched that!".

There are some heavy hitters coming out this year that I'm jazzed for: Kick-Ass, Clash of the Titans, Iron Man 2, Prince of Persia, Predators, The Expendables, Inception, Robin Hood and A Nightmare on Elm Street. I'm going to venture to say that 2009 was a better year for horror movies but 2010 looks much better for big budget Hollywood blockbusters. 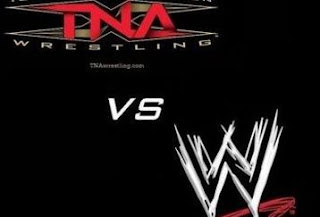 So 2009 was a pretty shitty year for wrestling. If you weren't already a fan, both WWE and TNA gave you no reason to become one. WWE basically converted its Monday Night Raw program into a shitty version of Saturday Night Live, with D-level celebrity guest hosts and bad comedy to match that. TNA was just shitty in general, the norm for the company.

That said, I am looking forward to 2010. I don't have faith that either will produce a good product, but there are little things that I'm looking forward to. And I think most of them happen on the first week of January anyways, so it's not looking the greatest for the other 51 weeks of the year. January 4th, 2010 (ie. tonight!) is a big day for the industry. It will be the first time two wrestling companies went head to head on Monday night since the demise of WCW in 2001. TNA Impact! in its new partnership with Hulk Hogan will compete with WWE's Monday Night Raw. WWE itself is prepared for battle with the return that night of Canada's one and only Bret "The Hitman" Hart who recently signed a short term contract. It's nearly 13 years since he has stepped into a WWE/F ring (since the infamous Montreal screw job) so it will be something surreal to see. 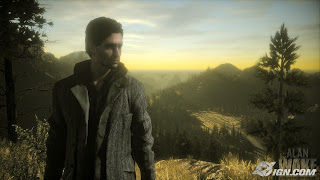 This winter alone has tons of stuff that I'm balls out excited for. A trifecta of awesomeness including Mass Effect 2, Bioshock 2 and Aliens VS Predator. Then in March... BLAM! We're hit with a huge one: Final Fantasy XIII. Lord have mercy! As a bonus, sometime before summer, hopefully Alan Wake will be released. It's good to be geek.

I'm not a big TV watcher so there are only a few things I'm looking forward to: last season of LOST, Survivor: Heroes VS Villains, V, hopefully season 2 of Eastbound & Down.

There's tons of stuff in life to look forward to. Even if you're not me. Here are some likely highlights:

-the marriage of two of my closest friends, Keith & Beka and all of its related events (hint: bachelor party cuz it's gonna happen, haha :). They're going to have an awesome marriage and I already know that this will be one of the top highlights of my life this year.
-the official start of our small group at FreeChurch. Near the end of 2009, we finished the membership series, officially becoming a small group, but because of the holiday season, we postponed meeting for our first time officially by ourselves until the new year. I'm excited to dig deep in the word of God and just grow with each other.
-my eventual full time employment. I toiled for 6 years to get this degree, it's time to put it to work. I decided with God this past week. It's happening this year.

That's pretty much it for me, at least for now. What are stuff that you're looking forward to? I'd love to hear it. Later geeks!