Our hope as Christians 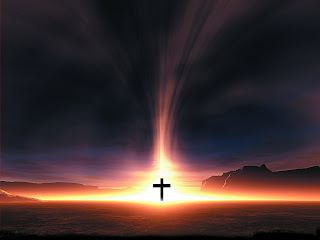 Last week at the Freedomize/FreeChurch Toronto Membership-Series/Small-Group-Formation Night (yes, in short), we had an interesting discussion on the creed that the church follows. We went through the creed line by line as the pastors elaborated on their meanings and answered questions. During one portion of the creed, the associate pastor Kevin, brought up an interesting point in that we as Christians shouldn't view Heaven as the endpoint or goal in our lives; that it shouldn't be our ultimate hope. Rather our hopes should lie in the fact that one day Jesus will return, redeem the earth, bringing down Heaven to earth as He had promised (Acts 3:17-23).

The key word that sticks out for me in that piece of scripture is 'promised'. It's a word that has so much weight in it. This isn't a promise made by man or by anyone who could be deceitful or sinful in nature. It is a promise from God. And because it's a promise from God, to us as followers in Christ, it is basically a guarantee. It's not a question of 'if' but a question of 'when'. I think because it's a promise that doesn't just include you and me but encompasses all creation, that it is such a grander hope than one that just involves me in Heaven.

I'm pretty sure at some point this was taught to me in the past, but either I don't remember it or it wasn't emphasized enough. Having thought about it for the past week, it's making more sense. I mean thinking about it from just a personal and human level, if my hope is only centered on myself getting to Heaven, in a way wouldn't that be a selfish goal? But if our hope is centered around Jesus returning, redeeming the earth, saving His people and basically fulfilling His promise, would that not be a more altruistic goal? After all, it is His story.

Anyhow, just thought I'd share that since it was on my mind this weekend. Until next time, later geeks!