October 26, 2009
The original members of Boys Night Out reunited for one night for a sold out show at The Opera House. 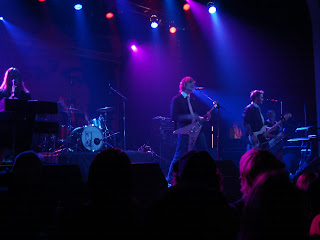 Love (bore) You To Death
I got to the venue late so I missed the first band (I think they were called Backburner) but I got there just in time for this local band called Love You To Death. Well, the only thing they managed to do was bore me to death. Judging by the reactions of the crowd the majority of the crowd felt the same way. I can't really blame them though; they were a power pop rock band where a screamo band was the headliner. I think one problem though was the sound balancing. They seemed too heavy on the bass and not enough treble, so it was tough to hear the guitar riffs for many of the songs. Other than that, my friend Greg sent me a message later that said "[the] Keytar player was pretty cute though, so I mean... They had that going for them". That's pretty much where the good ends.

Unfortunately The Simcoe Street Mob didn't play even though they were advertised. It might have been because of time constraints because apparently they were there. So it was truly our loss. The Mob is clearly a local favourite as loud chants of Simcoe were pumped in between almost all of BNO's songs. 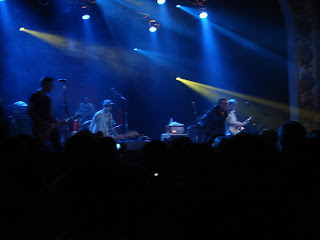 Anyhow, the dead crowd was awakened as soon as the guys from Boys Night Out hit the stage. The people were jumping, the mosh pit had begun, the energy had arrived. In the promotion of this one night only show, they advertised that they would only be playing songs from their EP, Broken Bones and Bloody Kisses, and their first LP, Make Yourself Sick, but I was thankful that they played a song or two from Trainwreck. They played pretty much all of the favourites off of those two first albums so the crowd was sent home happy. They had a pretty electric performance barely stopping between songs to get all their shit in. I hope they do another reunion show in the future, except playing the whole Trainwreck album from start to finish; it's probably one of my favourite albums.

It was quite a fun show, it's too bad the broke up. But if they'll do a reunion show once a year, I'd be more than happy. Later geeks!