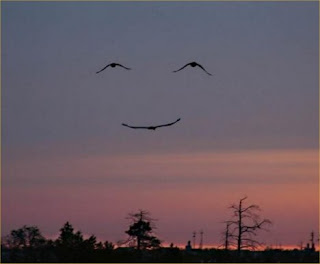 First of all, update your bookmarks and re-subscribe to the feed if you have to. I bought a domain name for my blog, and it's easy access (sort of) through www.billiontyonethgeek.com (I'm sorry that it's such a long address, but hey, here's a hug *hug*).

Second of all, you might have noticed the new layout. It's a complete Lam original! I designed it from the top down. It actually took a lot quicker than I had initially thought it would. Because the coding didn't show up properly on Dreamweaver through the GUI, I actually had to code the whole damn thing. Because my knowledge of HTML and CSS were so basic, it took a lot of trial and error. What's frustrating was that there would be times where I'd make a change in the code, yet nothing ended up changing when I uploaded the code. The weird part was that I'd block off the changes, then undo it, and somehow magically the changes appeared. I didn't understand a bit of it, but I was happy that it worked.

The layout itself is not super elaborate or anything because: a.) I wanted to keep it basic and b.) I probably wouldn't even know how to code it. I wanted to keep it brighter and not so dark unlike my last layout. It seemed kinda sad-ish with all the dark greys. I'm a happy guy and so my blog should evoke happiness. I have to thank my friend Keith (he's a graphic designer) for tips on how to make it look a better.

I'm still tweaking up the little things, so bear with me this next week or so as I get things fixed.

Anyhow, thanks for staying with me the past year and a bit. I enjoy writing this crap and am always joyed to read all your comments. The fun train is never going to stop! Stay tuned. Later geeks!

Slapinions said…
congrats on the new layout! I agree, your old site was a little dark for the happy guy you seem to be.

The Lam said…
Thanks Beka :) My sister says the same thing about the banner, "where's your face?". That was the effect I was going for after all the adjustments. I suppose if there were a symbolic meaning, then I'd say that it represents my typing doing all the talking instead of my mouth. Haha. Cheesy.
September 1, 2009 at 4:00 PM