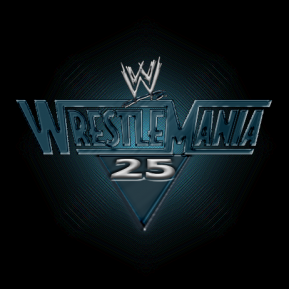 Wrestlemania has come and gone for the year 2009. It was the 25th anniversary of their biggest PPV, but they certainly did not make it seem like they achieved this milestone. For the most part it was quite the snore-fest this year. I'm not going to go into the "whys", but if you watched the product in the past few months, I'm sure you know why. Anyhow, here are the results with some thoughts (bold highlighting winner):

Money in the Bank - CM Punk: I was screaming with excitement when Punk won. I started a poll on the F4W board~! about a month ago asking people who they think would win. I stated that I think Punk should win because now they can tell the story of how he's the only man to ever win the MITB match 2 years in a row, a feat no one has accomplished. If they were serious about making him a star, then I guess they should give him the belt when he cashes in the briefcase as well. I was listening to the post-Wrestlemania episode of The Law last night, and people sounded pretty unhappy, I think most wanted MVP or Christian to win, and in some cases even Shelton. I think they still have to give MVP a bit of distance from that losing streak skid they gave him, Christian is still too fresh from his return (they fucked up his return in general, even though he's been awesome), and Shelton's just Shelton. Anyhow, this match was really fun, and really exceeded my expectations, especially Kofi Kingston. Lots of high spots and high risk moves, definitely a fun way to start off the show.

25 Divas Battle Royal - Santina: It was a bad match. It's what you expected. I couldn't tell who was who. Just a buncha generic women in a ring throwing each other out.

Chris Jericho vs. Ricky Steamboat & Roddy Piper & Jimmy Snuka (w/ Ric Flair and Mickey Rourke): It was a bad match due to Piper and Snuka, who shouldn't really be in the ring working tonight. Steamboat clearly saved this match and it was really exciting seeing him go toe to toe against Jericho. His high crossbodies and armdrags had the crowd going nuts. The thing that made this match bad is that it wreaked of TNAism. I mean, Jericho the heel was put into a babyface position having the supposed odds against him being in a 3 vs 1 match. Not only that, but what does it accomplish? He can beat 3 old men? Wow. And what if he had lost? Then he would had his ass kicked by 3 old men. No one goes over in this scenario. TNAism.

Matt Hardy vs. Jeff Hardy Extreme rules match: I can't comment on this match because I fell asleep.

JBL vs. Rey Misterio: And I woke up to this. It was "19 seconds" so there wasn't much to it. JBL retired. Rey Misterio was in some sort of strange Joker costume.

Shawn Michaels vs. Undertaker: Match of the night! Clearly the only reason to order this PPV. It was great. Lots of counters, lots of near falls, and a few scary spots to boot. These two vets worked their asses off and the crowd drunk it all in. This is definitely a match of the year candidate. Just like everyone else says, this should have been the main event of the evening.

Edge vs. John Cena vs. Big Show: The match wasn't as bad as I suspected. It was just good. It was certainly tough to follow Taker/Michaels, but they managed to get a bit of heat, so it worked out a bit. Crowd popped pretty big for Cena, so that helped.

Overall, the PPV was a thumbs in the middle. If not for the Taker/Michaels and the MITB match this would have been a thumbs down. The whole show sort of reminded me of Gabe Sapolsky's booking style in ROH shows. They'd be really long shows where everyone tries to pull off a main event style match, but in the end, the audience gets too burned out because the show is too long. This show clearly peaked at the Taker/Michaels match, and fell off a cliff afterwards. At least in ROH shows, the matches are still full of dynamic even though the crowds might be drained.