My Return to the Zoo. 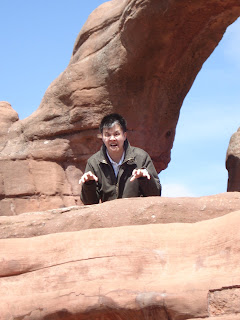 Rawr.
This weekend my friend Lorna treated me as her guest on a visit to the Metro Toronto Zoo. You see, she is a teacher, and on Sunday it was teacher's day where you were allowed free admission for yourself and a guest. It's been 18 years since I've been to the zoo here in Toronto, so when we planned it out a few weeks ago, I was majorly pumped! I mean I was going to see all sorts of wacky animals; most likely a bunch of animals I've never heard or knew existed... who wouldn't be pumped? But man, the place is expensive. If you couldn't get in free, you were looking at $21 CDN in admissions for an adult, or $13 for any children. So if you have a 5 person family, you'd be pushing $100 just to get into the park. Shit man. Them animals must be eating expensive shit.

So after a night of partying and clubbing with some school chums, I woke up early on Sunday to meet Lorna for our day at the zoo. I will say this. The day was awesome, but as we saw more and more animals, I began to feel sadder and sadder for them. Just seeing these animals confined to small spaces really put things into perspective. It made me think of the movie Madagascar; I wanted these poor fuckers to collaborate and form a plan to bust free of this joint... of course with penguins driving the ship. 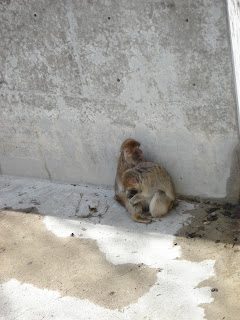 "Eh! How bout some privacy mac!"
So many animals were sleeping or were sluggish. They seemed so finished with the place. It got to the point where, if an animal did something so mundane as stand up or walk around, we'd get excited because we got to see something. One such example is when we got to the "African Savannah" area. There were a bunch of lions sleeping and at one point, the male lion stood up roared a few times to please the crowd, and immediately plopped back on the ground for some sleep. What a worker. Can't fault the guy. He gave us what we paid for. 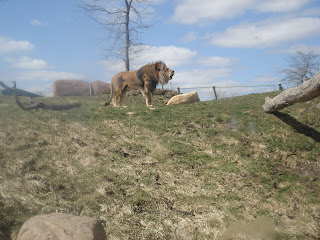 The aforementioned lion in one of his scheduled roaring sessions.
The star of the whole show was this baby orangutan that they had in the Indo-Malay pavilion. The little dude was climbing ropes, swinging on poles, and just having the best time of his life. And it was awesome because it's mother joined him on all the swinging action once she saw what he was doing. 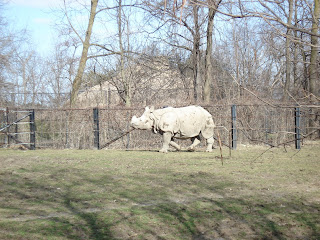 "I'm not a f**kin' hippo! Go away!"
For some reason, whenever me and Lorna hang out, we tend to see various people (or characters, I'd like to say) that entertain us with their comedy. For example, we went to see this rhino at one of the areas, and there was this family there beside us. I nicknamed the father, Deadbeat Dad. Anyhow, here is the conversation that transpired: 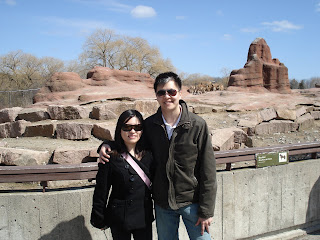 Maybe it's just us, but afterwards we couldn't stop laughing. And I'm still laughing now that I'm thinking about it. Anyhow, you can see the rest of the photos (here). Later geeks.

Ally said…
Hey Jeff! I wanted to talk to you more about your zoo trip. Message me if you see me online, it's too long to explain in this comment.
April 8, 2009 at 7:52 AM

Kevin said…
Love the captions.
And I totally agree. Once animals have been kept in captivity for while, they begin to lose the "wildness" that originally made them so fascinating to us.
April 8, 2009 at 5:14 PM