April 17, 2009
It's been a few years since Copeland last came to Toronto. Last night they returned to play The Opera House to a packed crowd. This is the third time I seen them and This Providence play live and both were not a let down. It was pretty cool in that all the bands on the bill were scene Christian-based bands; the faith connection always makes things feel a step deeper for me. 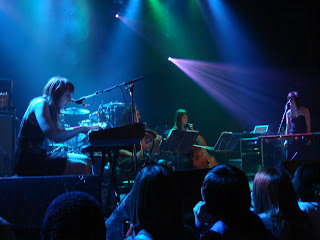 The show opened up with Brooke Waggoner, who until last night, I never heard of. I think it took the crowd by surprise as they walked on stage with a few stringed instruments. She plays a folksy-indie-jazz style, which is pretty unique compared to the music I usually listen to. Her little ensemble consisted of a pianist, synths, a violinist, a cellist and a guitarist. It was definitely an interesting way to start off the show. 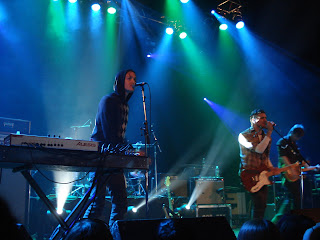 Paper Route
Paper Route then came on stage and added a more upbeat tempo to the night's music. With drums and a synth set, the mood was changed to upbeat rock compared to the more mellow approach by Brooke Waggoner. I wasn't too into them, but the crowd was, so I'll defer to them on this band. 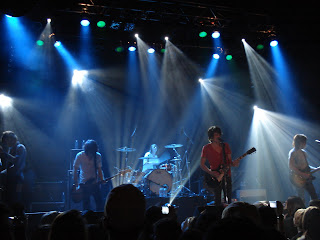 This Providence
After a relatively short set, This Providence took the stage. They hit the crowd up with a bunch of straight up rock tunes ranging their whole discography. It was a pretty good set and on par with what you'd expect from them. 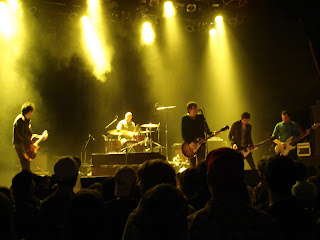 Finally, Copeland took stage. If you're not familiar with their style, they have a kind of atmospheric indie rock style to their sound. Their first two LP's were a bit more pop, while their last two have been more mellow and melodic. The highlight of their set was when they covered Smashing Pumpkins' "Tonight, Tonight". But it must have been over the heads of all the kids at the show, I think I was only one of the few singing along. A good show altogether, they didn't disappoint.

You can check out all the other pictures (here). I recorded a bunch of videos, below are two of them:

This Providence - That Girl's a Trick

Links to the other videos:
Copeland - When Paula Sparks
Copeland - Brightest
Copeland - Pin Your Wings