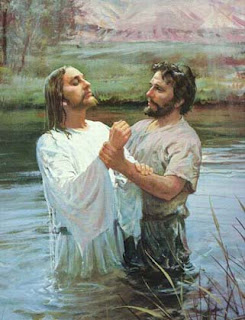 I write this posting not to condemn anyone, but I write in full respect, just to show how folly and broken we are as humans sometimes.

A few weeks ago, a friend of mine decided that he wanted to get baptized on Easter at my former church. He is a solid christian dude, has been so for many years and one of the few friends that I would honestly describe as wise. For whatever reason, he just never to pulled the trigger on getting baptized until now.

So he got word this weekend from the church committee that his request for baptism had been rejected. They felt he has been too inactive at the church, in serving and in attendance.

The whole situation fills me with anger and vitriol. It's all bullshit. For some reason, it's as if the church thinks that when you're baptised, that it's to the church or the denomination. When you're baptized, you're baptized into the Body of Christ! It's between you and God. I'd like to see the scripture where Jesus says, "Go out there and baptize people in my name... uhhh... but only if they show up to Sunday service every week... and only if they're serving every week". It's lunacy.

In the Great Commission, Jesus tells us that all the authority on earth and in heaven is given to him, so we as his followers, are to go out amongst all nations and baptize people in His name. In this case, half the work is done already. Here's a young man coming to your door steps and asking you to baptize him, yet you have the audacity to say no?! I thought the authority was Jesus'?

It's not like my friend is a stranger to this church or a newcomer. He has been with them for years. But what if he were a stranger... Let's put it in a different context. If say a newcomer were to attend your church's service one Sunday and made a request to be baptized, would he be rejected? What if afterward he revealed that he was Jesus himself? " 'I tell you the truth, whatever you did not do for one of the least of these, you did not do for me.' "

Honestly, this is a miscarriage of justice. It infuriates me when human ways and humanly developed patterns trump the word of the bible for Christians.

Amidst my frustration last night though, I just had to stop and pray. Not only for my friend, but for those in the church's committee who may have forgotten what we are called to do.

Anyhow, I openly welcome your opinions or views on this topic.

"You are baptized into the Body of Christ....and if I were sitting on a committee that was
turning people away I would be very worried for the ultimate judgement that would fall on my head."
-Anonymous

Dawtch said…
Hmmm....and people wonder why it is that I left - and don't respect - those of the Christian faith. While there are some Christians I consider very good friends, as a whole it is a very judgemental, shallow, narrow-minded "If you aren't exactly like me you aren't worth my time" kind of group of people. I'm fairly certain, based upon reading the Bible, they would have been among those condemned by Christ. Today's Christianity is NOT what he was trying to teach...
bb
dawtch
March 29, 2009 at 7:43 PM