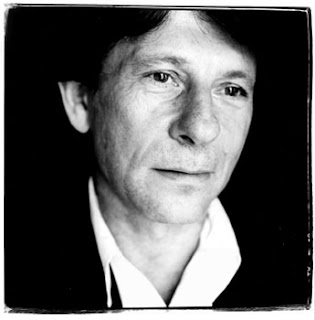 I first heard of Roman Polanski's controversy some nine years ago when my grade 11 english teacher brought it up after watching his Macbeth. Years later I learned a bit more about his background and tragedy after reading Helter Skelter, the book about the Charles Manson murders.

Polanski's story is an intriguing one, a tragic one at that. He is the central subject of the documentary Roman Polanski: Wanted and Desired.

If you are unfamiliar with his works, Polanski is a world renowned director (and sometimes actor) with such classics as Chinatown, Rosemary's Baby, and Macbeth, but more recently he's directed The Pianist which earned him an Oscar. In 1969, his wife, the beautiful model and actress, Sharon Tate, was murdered by members of the Manson Family while she was 8 months pregnant. Polanski was out of town when it occured, and was in an emotional spiral afterwards.

However, Marina Zenovich's documentary focuses on one of his more seedier affairs. Years after the murder of his wife and friends, Polanski engaged in "unlawful sexual intercourse" with a 13 year old girl. In crafting this story together, Zenovich tries to put things into perspective by portraying Polanski as an artsy, emotionally distraught director, who fell victim to his carnal desires. She accomplishes this by linking the trauma associated with the murder of his wife to this incident.

The film gives details to all the courtroom drama and the trials that Polanski went through. It gives hints at what may have been corruption on the part of the judge who is characterized as a celebrity lover (although claiming he was never star-strucked).

Polanski eventually fled to France to avoid arrest, and has stayed there ever since.

Although I don't doubt that the murder of his wife impacted his psychological state, I do think it's much more than that. One important part of his life was living through World War 2. Not only did he suffer during this time through persecution, but his mother was gassed by the Nazi's, and his father barely survived concentration camp. I'm quite sure these sorts of things fuck up the psyche in some unimaginable ways. In the end, I suppose only he knows why he did what he did.

The film portrays Polanski as a sympathetic character, a flawed man, a person who at first didn't even realize he did something wrong, but it never glorifies his actions.

There are only short interviews conducted with Roman during the movie, most of the interviews are with friends, collaborators, and even the victim herself.

I guess the good news is that in 1998, Polanski and the female victim have reconciled; he apologized, she accepted. In fact she doesn't feel he needs to go to jail, and that he is not dangerous, that at the time, he was probably confused.

This was a well knit documentary, and I recommend any Polanski fans to check it out. Later geeks.

Slapinions said…
I like his work and don't believe he should do any time at this point, but his actions were shitty, no matter what happened to his wife a few years before.