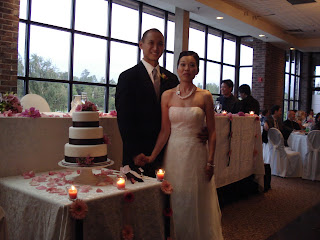 Friday, September 5th, 2008 saw the wedding of Grace Lee and Jeff Yee. It was held at The Manor on Carrying Place Golf Resort in Kettleby, Ontario. It was a nice outdoor wedding (a first for me), where the weather held up although patches of grey lurked in the skies.

One of the previous pastors (Mike Davis) at my home church conducted the ceremonies while our more recent previous pastor gave a short sermon about the roles of husbands and wives. It was spoken beautifully and with respect.

My friends Keith, Tracy, and Camille did superbly with the music. They played one worship song, How Great is Our God, as well as a song by Michael Bublé, I think it was called Everything.

The reception and dinner was held indoors at The Manor with an open bar to guarantee a rowdy crowd. After a few drinks, a few of us started playing a card game that Pastor Jeff brought to kill about 2 hours before the dinner started.

The dinner was quite exquisite with my favourite being the fillet mignon... wrapped in bacon! I'm a simple man, I'm not much for fine dining, but this was pretty awesome. They offered dessert after the main dessert outside the hall, with crepes and chocolate fondue... ie. greatness in a fountain.

They night ended with dancing til 1 in the morning. Me and my friends tore up the floors with wacky moves, conga lines to Dancing Queen, and other shenanigans. It was a good night of fun. 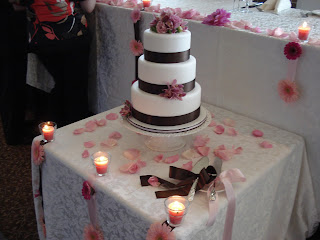 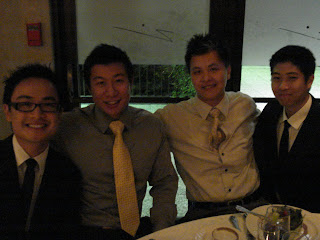 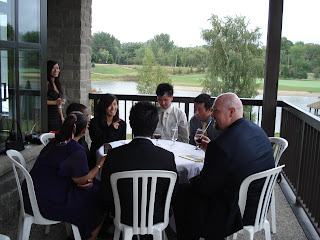 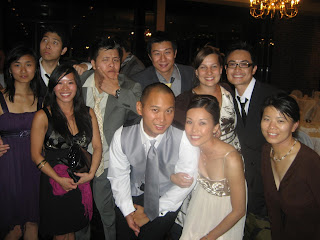 You can see more pictures at my photo site found here. That's it for now. Later geeks.