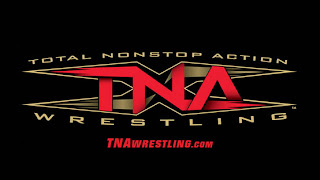 Unlike TNA Impact, the Slammiversary pay-per view this year was pretty enjoyable, all things considered. All the wrestling itself was fine. That said, there were a few things that were stupid. Here's a quick recap of the card (the bold indicates winner):

The thing that separated this PPV from the average TNA show was that: a.) they didn't try to fit every single wrestler on the roster into the show and b.) only one of the matches had stipulations, that being the King of the Mountain championship match.

If you discount the Awesome Kong squash match(es), there were only 5 real wrestling matches. Of those, 3 of them were really well done, one was alright, and one was bad (alright = women's, tag, bad = KotM). Honestly, the only reason to watch TNA programming at all is for the X-Division and the women's Knockout division matches. Unlike the WWE, TNA actually hires women who are both beautiful and are capable of wrestling. The wrestling itself in their tag match tonight was fine, but it was the booking that was off. First of all, they introduce Mickey Knuckles (known as Moose now) as the 'muscles' for The Beautiful People. Then as soon as the match starts, Velvet and Angelina bail on her, leading to a 3 vs 1, faces on heel beatdown... not exactly making her look strong, especially on her wrestling debut. And not only that, but the faces won by pinning her! They should of at least pinned Velvet to keep her strong. I smell a turn soon.

With the Awesome Kong segment, it should have been saved for the TV tapings, not a PPV. It was too long, and she squashed them anyways, it was useless.

The King of the Mountain match was a crapfest (note: they gave away a free version of it on Impact, yet claim that it only occurs once a year, smooth). The thing that ruined this match (aside from the convoluted concept of it) yet again was a booking issue. They made Samoa Joe, the champion, look like a chump! The match was about 20 minutes, but for the first 15, Joe was basically out of action because everyone took their shots at him. Put up a fight, he did not. He wasn't able to participate in the hanging of the belt until the final 3 minutes or so, and only after Kevin Nash interfered and helped him. So your reigning world champ can't hold up a fight, and requires help to win. No buys.

All that out of the way, the other 3 matches were pretty great, with the match of the night being AJ Styles VS Kurt Angle. I was surprised that they gave AJ the win, yet booked him strong. Seeing Kurt wrestling though is cringe-worthy keeping in mind of his legit neck-injury one month ago (that on top of all his past neck injuries and problems). There was one spot where AJ did a sommersault dive outside right on to Kurt. Kurt immediately grabbed his neck, and I thought, shit, there goes the neck again. Thankfully, it was just a work, and they pulled off the rest of the match. The Karen Angle interference at the end seemed futile though.

The other two matches were pretty good as you can expect from the X-Division as well as LAX.

Not too much else to say, thumbs up.